You are here: Home / Blog posts / Dad and the Doolittle Raid 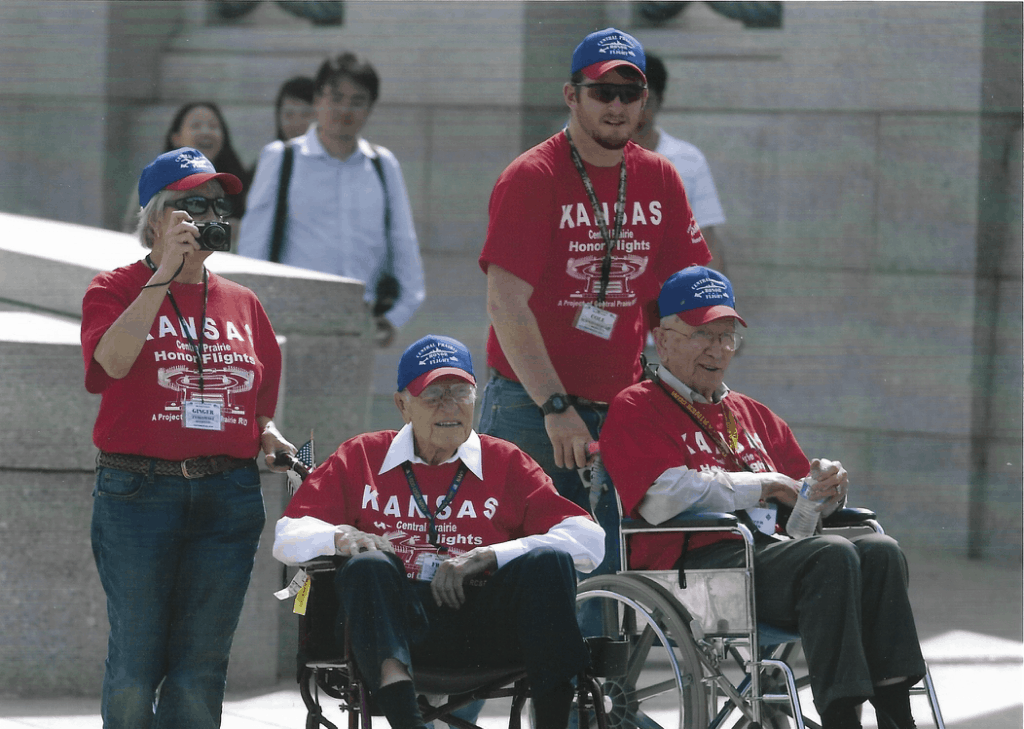 Kansas Honor Flight October 2010 (Dad is in the middle)

So, as I listened to the news yesterday, I heard that the last surviving Doolittle Raider, Lt. Col. Richard “Dick” Cole, had passed away at age 103. Cole had been the co-pilot on the lead B-25 bomber piloted by Lt. Col. James “Jimmy” Doolittle on April 18, 1942 in what became known as the “Doolittle Raid.” Also known as the “Tokyo Raid,” this was the first U.S. air raid to strike the island of Japan during WWII.

This piece of news caught my attention and brought me full force into the memory of the Kansas Honor Flight that I took with my dad in 2010. It was during this trip that I learned of the role my father, Frank A. Hulet, had played in facilitating that famous and history-making raid. Most folks know that this raid was the first time any B-25 bombers were launched successfully from the deck of an aircraft carrier, and without my father’s contribution, the raid would have never happened.

At that time, my dad was an enlisted man in the Navy working in the engineering department at Norfolk, VA. One day in early April 1942, he was given a “top secret” assignment within a 40-hour time frame. This secret assignment was to design, acquire materials, and fabricate some type of hoist that would lift a B-25 bomber onto the deck of an aircraft carrier. Think about this for a minute… we’ve seen film footage of that USS Hornet with the neatly lined up planes on its deck sailing in the Pacific waters, and we’ve seen footage of Jimmy Doolittle taking off in the lead bomber. Did anyone think to ask how those planes actually got from ground to deck? Well, thanks to my dad and his completion of the secret hoist-building assignment, those planes all found their position in formation for takeoff on the deck of the USS Hornet.

USAAF B-25B bombers on board USS Hornet for the Doolittle Raid, April 1942

According to my dad, he and two other men worked for 36 hours straight to get this hoist designed and built. He was proud that they accomplished this under the 40-hour limit, and he told the story of the first trial lift after the hoist was completed. A B-25 bomber was rolled into the hangar, and all of the “top brass” were lined up to watch since the hoist had not been tested before the B-25 was rolled in. As the hoist was attached, and with everyone holding their breath, the B-25 was lifted up on the first try! Thunderous applause broke out, the ‘top brass” left, and Dad went back to the barracks to go to bed. He had completed this mission successfully. He had done his job.

It was not until weeks later that Dad realized the purpose of this project. When he heard about the Doolittle Raid, he realized that his hoist had been what lifted those 16 B-25s onto that flight deck. And, according to his recollection, he never saw that hoist again after the trial lift in the hangar.

Dad went on to become a Navy pilot flying a PBM–Mariner doing sea rescue missions off of the coast of Japan. After the war ended, he and my mother married and settled here in Kansas. There was no discussion of the war or the personal experiences that he endured, and, as with most WWII veterans, they viewed it as having done their job and that was that. I know that he earned the Bronze Star and the Distinguished Flying Cross, and it wasn’t until my children were grown and wanted to know about his service that I heard any accompanying stories. 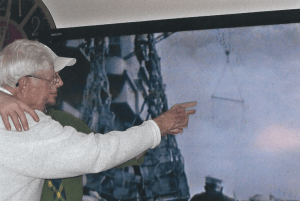 Frank A Hulet looking at hoist in “30 Seconds Over Tokyo”

After the Honor Flight in 2012, a Doolittle Raiders historian contacted Dad to meet and chat more about his part in facilitating the Raid. At that meeting, Dad was given a copy of the movie, 30 Seconds Over Tokyo, a film staring Spencer Tracy, Van Johnson, and Robert Mitchum. Amazingly, as our family watched that movie with Dad, a segment of actual footage of his hoist lifting a B-25 bomber was presented on screen! Dad’s face lit up, we paused the movie (it was VHS), and he stood up to get a closer look at that hoist, seeing it again for the first time since that trial lift in the hangar. Elated, he also teared up, and soon all of us joined in, crying with joy and excitement that, after 60+ years, Dad was able to see his contribution to a major part of the war. We must have stared at that paused video for 30 minutes as Dad recollected his experiences of designing the hoist, scavenging for materials, and then fabricating it successfully and within his time limit. It was a moment none of us will forget.

So, as of today, there are no surviving Doolittle Raiders to share their memories. Dad is no longer with us, and he would probably not have been impressed with this story. As I said, he considered it a job, and he got it done in a timely manner. To me, however, this story is worthy of a thought or two. Without his invention, the Doolittle Raid might never have happened.

As we come upon April 18, 2019, we will probably see more news coverage of this historical event as well as the memorial services for Lt. Col. Dick Cole. Personally, I will be taking a moment or two to appreciate the service of these men, and to look humbly at the closing of an era.

Thank you to all who served, did their jobs, took great risks, and were a part of WWII. And, next time you hear a mention of the Doolittle Raid or the Raiders, I hope you will pause for a moment and give Dad and these brave men just a thought … 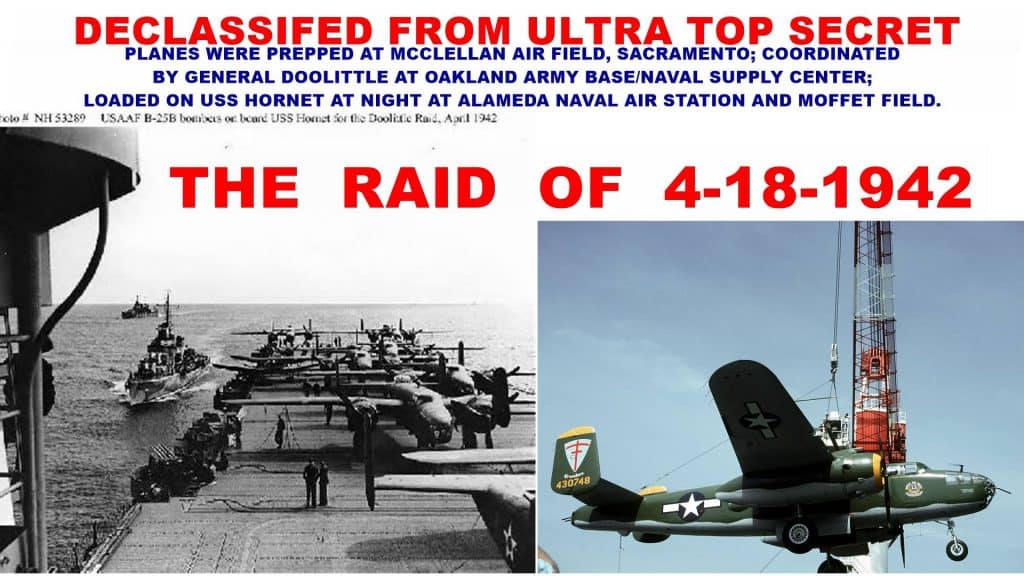