I wouldn’t be paying homage to Granddaddy if I didn’t mention his invention that has made its way into most all of our lives, even in many countries around the world. I’ve told you that my grandfather was an inventor…of many things that are used in numerous diverse applications.

But first, I should tell you a little about his Hartmann Thunderbird Sprinkler, his Hartmann Truflo Pump, and his friendship with the owner of a “Pickle and Vinegar Works” food factory located in the same town as his Hartmann Machine Shop. 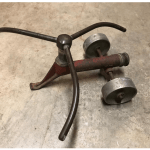 Both businesses did very well. Customers were happy with the products from each, and actually, I have seen a few of those Hartmann Thunderbird Sprinklers still going round and round as they irrigate dry front yards here in our Kansas town of Hutchinson. Most of the Thunderbird Sprinklers are at least 60 years old and have lots of rotations left in them, I’m sure. Definitely made to last, there were two sizes – a large and a small – and, apparently, they are coveted treasures to their owners. Several times I have stopped when I have seen one at work on a local lawn and have gone up to the front door of the house and knocked. I thought I might be able to buy the sprinkler from its owner just so I could have one for posterity! No dice! And no planned obsolescence here either.

The Truflo Pump also was designed for a long life with a centrifugal design using only one moving part. It had no metal-to -metal contacts or valves, springs, etc. that would wear out. Maintenance was easy because only one part would ever have to be replaced. Again, many of the homes in this state have Truflo Pumps in their basements and/or yards, and after 70+ years, they are still working. Although the pump was mainly used for water, it had possibilities for other applications because of its design.

So, guess what that “other application” turned out to be! Mustard! Yep, mustard! You know, that yellow-ish condiment that most people either seem to love or hate. Suffice it to say that if you have ever eaten mustard, whether French’s, Old Dutch, Grey Poupon, Heinz, Kraft or any from the little mustard packets found at fast food franchises, then you have eaten mustard that was made on one of my grandfather’s food grinding mills.

My grandfather’s friend, the “pickle and vinegar” guy, wanted to increase his production by adding mustard to his products. Because mustard was produced with a completely different process, he decided to meet up with my grandfather and brainstorm ideas for creating a mustard maker! Well, clearly he asked the right man to do this because Granddaddy designed and built what was called the “Jayhawk Mustard Mill and Food Grinder.” 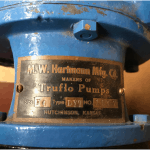 In 1939, the Jayhawk Manufacturing Company was formed to serve as a sales company for the Jayhawk Food Mill that was engineered and built by M. W. Hartmann, my grandfather, at his machine shop. This mill was used to produce not only mustard, but grease, paint, plastics, peanut butter, and some spices that are ground wet and air dried before hitting the open market.

One clear memory I have regarding the mustard mill is of a time when my grandfather had designed a mill that was a little smaller that the regular 25 horsepower size. So, it was decided to try a test in the side room of the machine shop. Work benches were moved out of the way, the floor got another sweep, and the lathes, drills, etc were covered with drop cloths to keep any steel dust from getting into the food product or product getting all over the machining equipment.

This experiment was to be a trial in making peanut butter. Peanuts have natural oils in them and will grind easily between the stones without having to add any liquid to prepare the “mash,” which is what goes into the mill and comes out as the finished food product. Usually “mash” refers to mustard made with mustard seed, vinegar, water, and some spices. Mash goes in. Mustard comes out! So, if this holds true, peanuts should go in and peanut butter should come out. 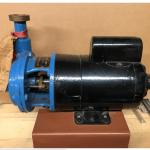 To prepare for the experiment, my mother went to the store and purchased 10 pounds of peanuts – without the shells! Some miscellaneous glass jars, plastic containers, large cooking pots and some smaller empty boxes were placed near the food mill with hope that the peanut butter could be captured in those containers. Everyone was confident that there were plenty of containers. Surely, 10 pounds of shelled peanuts couldn’t make that much peanut butter!

Ha! Surprise! Surprise! The raw peanuts were poured into the mill, the “on” button was pushed, and the grinding stones started to turn. A couple of seconds passed and a little squirt of peanut butter squeezed out from the food spout. Mother was holding a former mayonnaise jar under the spout to catch what came out.

Another few seconds passed, and a little larger stream started to pour out. The first jar filled in in about 3 seconds, and just when mother grabbed for another jar, the “Niagara Falls” of peanut butter poured out. Then even more poured out. The jar and container holders couldn’t keep up. This is where I picture the scene in “Fantasia” of Mickey Mouse trying to manage all of the brooms to the music of Sorcerer’s Apprentice. All we needed was the music!

After about two minutes had passed, Niagara Falls was still gushing brown sticky yummy stuff, and the shop employees were scattering around trying to find more containers for the smoothly ground peanut butter. Before it was over, and the 10 pounds of peanuts were used up, there was peanut butter everywhere…in boxes, in trash cans, in old coffee cans that had been holding nails and various small screws that were now all over the floor stuck in the overflow of the butter. Oh my, careful where you step…don’t slip…hurry, it’s overflowing again….

Finally, one of the machinists decided to grab a 50-gallon oil drum partially full of used oil, awkwardly walked it to the position under the “come out spout,’ and hollered for everyone to just stand back and wait for the mill to use up what was left of the peanuts still in the grinding space. We stood there, in silence now, watching the goo and waiting for what hopefully would be a happy ending. 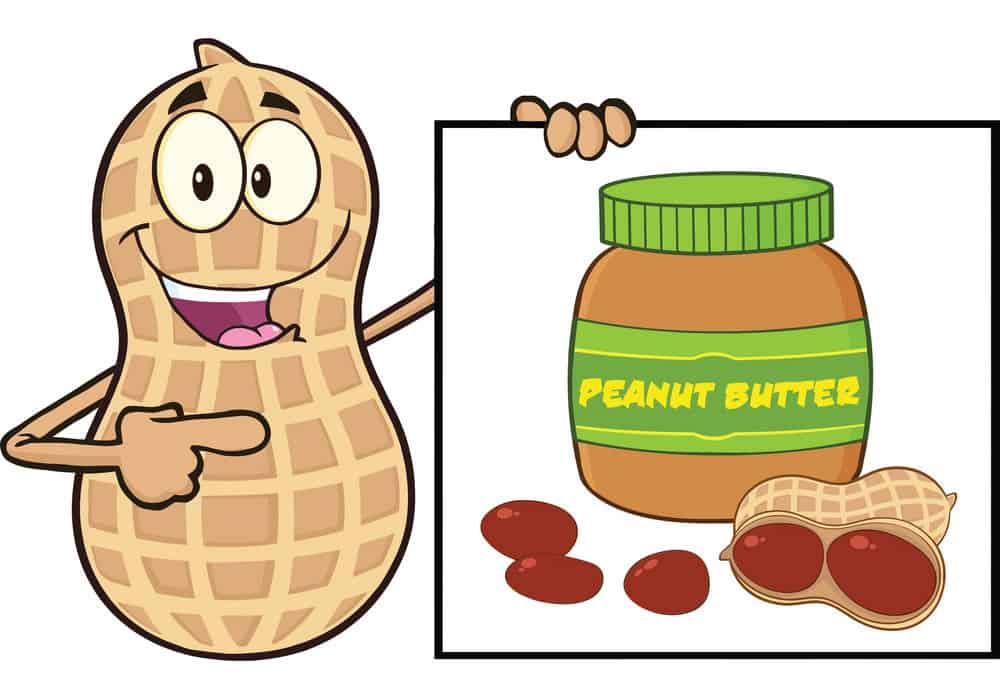 At long last, the grinding stones slowed rotations, and the peanut butter became a smaller and smaller stream until, finally, all the peanuts were ground and the machine came to a stop. For a moment, we all stood there, still in silence, waiting to see if one more squirt might find its way out. But, no. Done is done. Thank goodness! There was peanut butter everywhere. For the next week, anybody and everybody who visited the Hartmann Mfg. Co. left with a container of some sort full of peanut butter in their hands. The only container that didn’t leave the shop was that 50 gallon oil drum, now almost full of an oily mix of peanut butter, used machine oil, and sludge lurking at the bottom hoping that some of the yummy brown goo would make it down that far.

The mill experiment was considered a success, and production of the smaller size machine began. This mill, and its siblings, can now be found working away in countries all around the world grinding yellow mustard, brown mustard, spicy mustard, and hot mustard. After a time, the Jayhawk Mill also started producing not just mustard, but hot sauce, peanut butters, Indonesian spices, and even chocolate, which you might find as sundae toppings at McDonald’s restaurants. Yep – the Golden Arches.

One more “memory-ette,” I’ll call it, was of watching my grandmother getting into her car with Granddaddy sitting in the passenger seat wearing his hat as they headed out for a Sunday afternoon drive. For my grandfather, this was his relaxation and entertainment. For my grandmother, probably not so much.

It is a really cool to realize that my grandfather had an impact on people all around the world, and to consider that, perhaps, he also had the faith of a mustard seed to help him accomplish his goals.