You are here: Home / computers / Hacked! 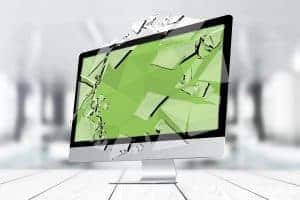 So, let’s talk about being hacked. Yes – I got hacked, or rather my laptop got hacked. Before this happened, I had done a little research on how to avoid being hacked, and attended a seminar about computer safety. Apparently, I should have paid more attention.

It started as I was checking my daily emails. I clicked on one from a work colleague and began to read the content. In an instant, my screen went completely blue and a message appeared telling me that my computer has detected a serious virus. A  Microsoft Tech Center phone number was displayed with the text to call immediately. My information and financial data had been compromised, and I needed to act quickly.

I sat staring at my computer screen for a few minutes while thinking of options for solving this problem. I thought that I could just turn off the thing, re-boot and that all would be good again. NOT! My laptop was completely frozen. I couldn’t get it to turn off, ALT-CTRL-DEL did nothing. I kept frantically banging on my computer keys to get some kind of response. Still – nothing. As a last resort, I literally unplugged the power cord. To my amazement, the screen was still the same. I was standing with the unplugged power cord in one hand, pounding any and all keys with my other hand, all the while losing numerous expletives in between screams.

Stop! Re-group! Clearly, all of this ranting was not making anything better. My computer screen just sat there mocking me, and probably thinking it had outwitted me big time! So, I decided to call the number. It looked like a legitimate number and the virus message looked quite official. I dialed.

The Microsoft number connected me with someone who began to explain how this virus got into my computer, and now that I was connected to the ‘help line’ we could get this fixed.  All I had to do was click on a link that he would send to me which would allow him remote access to my laptop. My gut feelings were raising lots of flags at this request, however, I went ahead and clicked the link.

About an hour later, still on the phone with Tech Support (aka Hacker Dude), this ‘techy’ was able to access all of my bank accounts, credit card accounts and any other programs or data I had stored in my laptop. He could move my cursor and highlight anything he wanted to. All I could do was watch helplessly and listen to my gut feelings churn.

After several more minutes of watching Hacker Dude control things on my screen, he said that everything was set for him to get rid of the virus and fix all of the problems. The only thing left for me to do was to give him a credit card number and pay $250 for his expertise. ALERT! Credit card? $250? Was he joking?

Alas, no, it was no joke. While he still had access to my computer, I said that I wasn’t going to pay him and was going to hang up. I would think about this, and call back if I wanted him to solve the problem. Oh no, he said. If you hang up and then call back later for us to fix this, it will be $500. So it is best to just let us have access now for a couple of hours. Don’t touch anything on the computer, and just let us take care of everything. Now, what is your card number?

Whoa!  There it was! Scam of the most malicious kind! And I had almost gotten caught!

I hung up anyway, closed up my laptop, and called one of my family tech guys. I explained what had happened and that I felt really foolish and should have known better. He reminded me that I am a prime target for computer scams because I am retired, on a fixed income, and didn’t grow up using computers.   Apparently, this happens all the time to folks of the ‘baby boom’ generation because we are vulnerable when it comes to computer technology. His advice was for me to call the police and file a report because this kind of hacking is considered a felony and needs to be reported.

So, the next day, I called the police station and asked to speak with someone so that I could file a report about this hacking.  An officer got on the line and I told him that someone hacked into my computer, was impersonating tech support from Microsoft, had gained access to all of my personal information and was holding it hostage until I paid at least $250. I also explained that this is a felony crime and that I wanted to file a report.  There was silence for a bit, and then the officer asked me to explain again exactly what was stolen. Once more, I explained that all of my personal data was seized remotely, and that I couldn’t even get the computer to respond to my commands in any way. In fact, I couldn’t even get it to shut off.

A little more silence, and then…….”Well, ma’am, try turning the power button off.” What! Really! I am not an idiot!! “You see ma’am, you can also try pressing Alt-Ctrl-Del and get the main screen back. You just need to re-boot your system.”

I silently thought about what I would really like to re-boot, but instead, said that I had already done all of that and all I need to do is file a report.

Again, he dismissed me with a comment of, “Now little lady, you probably just hit the wrong button and all you need to do is take your computer to a tech shop and someone will be able to fix it for you.”

I sat in stunned silence. Did he really just call me ‘little lady!” Did he really think that I, being female, am not able to comprehend anything about computers? Several more imaginary scenarios of me and a boot and Officer Little Lady were flying around my head.

I hung up. Sometimes you just have to hang up because there is no point in going on with it.  Several hours later, I opened up my laptop and the screen was still blue with the Microsoft error message. Fortunately, I had most of the information backed up on my desktop computer, but I did lose a considerable amount of data. Also, I had to contact my banks and change account numbers, debit card numbers, etc. since access was now in the hands of ‘Hacker Dude.’

My laptop was completely compromised and there was no way to un-compromise it. So I decided to vent a bit by smashing it with a big hammer and, by the way, it was great fun doing all of that smashing  while picturing the faces of Hacker Dude and Officer ‘Little Lady’ under every blow!

In the future, should you find yourself in a similar situation, let me know. I have hammers at the ready!