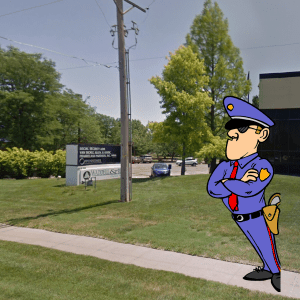 Last week, I received a piece of mail with “Social Security Administration” in the return address corner. It was one of ‘those’ letters. You know, with return addresses like “Clerk of the District Court”, “(Area) County Law Enforcement Office”, and “Internal Revenue Service.” You just naturally react with, perhaps, a slight gasp, and your mind spins around with questions like, “What now?” or “What have I done?” I held my breath and opened up the envelope…

“We are writing to you about your Social Security benefits. We changed your monthly benefit to $$$$$$$$ as of January 2019 because we found that your prior amount was incorrect. We cannot pay you monthly benefits at this time.”

A bigger gasp!! The amount of my benefit had been reduced by $300. And what does it mean that they can’t pay me my monthly benefits at this time? It didn’t take but a second or two to decide that I needed to make a personal visit to the local social security office and get this figured out!

So, off I went to the Social Security Office early enough to be at the door before they even opened! Already there were 4 or 5 people in line to enter, so I knew there would be a wait time. Anticipating that there might be wait time, I had stashed my small knitting project in my purse. I had also grabbed my water bottle to take in with me. A couple of my early morning medications have a side effect of ‘dry mouth.’ Without my water bottle, I am dry as a desert!

The office door opened. and the line began to move slowly. When it was my turn to go through the door, the security guard stopped me and asked what was in my water bottle. “Water,” I replied. Security Guard pointed to a sign on the door that read, “No food or drink allowed”. I went out to the car to put my water bottle in its holder and turned to go back to the entrance.

Two or three more people had used this opportunity to enter the office and, of course, put me at the back of the line. I again waited patiently to make my way up to the machine to sign in and receive my customer number. The machine spit my little ticket out – it read “X7.” I grabbed my “X7” and found a seat in the waiting area, feeling optimistic about my waiting time because my number was ‘7’ and there were not too many people in the waiting area that were in line ahead of me.

Suddenly the cubicle window curtains went up, and the first number was called. ‘A16’ was called out! ‘A16’! “Seriously,” I thought. “Did I really hear ‘A16’?” My bubble popped a little, and I had a vision of not getting out of the Social Security Office until next week sometime. Glad I brought some knitting….

I settled back in my chair, prepared for a long wait, and sorted through the file of papers I had brought with me to make sure I had the information I needed for the appointment. Everything was there, and I felt good about my ‘preparedness.’ Next I dug into my purse and pulled out my knitting project. My needles are size 5 (pretty skinny) and 8” straight driftwood ones. The project was a dishcloth/hot pad about 6”square, the pattern is an easy knit stitch, and the project is small enough to carry along in my purse in case I have a little downtime anywhere. I grabbed the needles from the plastic bag and prepared to knit the first stitch.

A silent alarm must have gone off somewhere because Security Guard was up on his feet and headed my way. I tried to control my startled reaction, but ended up just sort of ‘freezing’ in place – needles still in hand. “Excuse me, ma’am,” he said. “Are those knitting needles?”

“Yes, they are,” I responded. It seemed pretty obvious to me that, since there were 2 needles and yarn wrapped around one and about 2 inches of a dish cloth hanging off of the other one, most people recognize them as knitting needles without having to ask. However, since Security Guard was in full uniform including his holstered gun, I thought it best to not be flippant with any response. I just looked at him and waited for what might happen next.

Security Guard started to take a step toward me as he said, “I’m going to have to ask you to leave.”

“I need you to leave now,” he said. “You have brought weapons into a Federal Office building.”

“Weapons?” I asked. “Are you talking about these knitting needles? These aren’t weapons. They are even allowed on planes now,” I said.

“I’m sorry,” Security Guard said, “but you need to leave now! It’s illegal to bring weapons into a Federal Office Building and those are considered weapons.”

“You’re serious?” I asked in a tone of disbelief.

“Yes,” he answered and again told me to please leave the building.

Still astonished, I put my knitting stuff back into my purse, grabbed my coat, and started toward the door. Never mind what this was going to do to my place in line.

Before I could reach the door, Security Guard spoke up, opened the door for me, thanked me for cooperating, and said that I could take the knitting needles out to the car and come back if I preferred. I could still have my position in line…X7 as it were.

“Ok, thank you,” I said and walked calmly to my car, secured my “weapons” in my vehicle, and returned to the Federal Office Building. Happy that I had not been arrested and that I still held the X7 ticket, I thanked Security Guard again and said that I am never too old to learn something new. Ironically, though, through continued discussion with Security Guard, I learned that it is okay to bring crochet hooks into a Federal Office Building after all. They don’t have pointy ends, you see. There is a little ‘hook-like’ thing on the end of the crochet hook instead of sharp-like points of knitting needles.

And when I got back to my seat in the waiting area, sans weapons, the Social Security person was helping ticket X6. Aha! Not all is lost! Apparently, the list was supposed to start with X numbers on this day, and someone goofed up. In a few minutes, my number was called, and my questions about my letter were answered. It seems there was a ‘glitch in the system’ that caused some weird wording in the letters…Hmmmm…I could have pursued this, but decided to let this one go….

To sum up… any food or drink is not allowed in the Social Security Office; if your ticket starts with ‘X’, don’t assume it’s in alphabetical order; if you anticipate a wait time, knitting projects are not a good choice…a good book, maybe; and it’ best to be kind to Security Guards in the Social Security Office. In looking back at this experience, it seems a little bit silly; however, I imagine I am not this only one to have brought this type of weapon into a Federal Office Building!

So, I pose a question to you all – is this ‘discrimination’ between the ‘needlers’ and the ‘hookers’? (Now, don’t go there…….you know what I mean!)