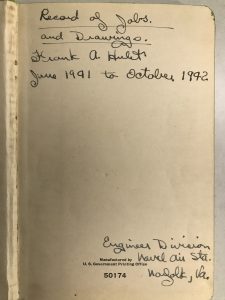 Since I received so many positive responses to my blog post about Dad and the Doolittle Raid, I decided to add a part 2 to the story. My oldest son phoned me and brought it to my attention that Dad had given him his WWII flight logs as well as his engineering logs from his time on the base at Norfolk, VA in the early 1940s. With amazement, and while we were still having our phone conversation, my son was looking through Dad’s log from June 1941 to October 1942 and found the entry referring to that “secret” assignment for the hoist to lift the B-25’s.

The entry is on the page titled “March 1942.” The date is listed as 3-4-42, and the project name was simply “Hoist.” The engineer listed is J. D. Cahill, and the only other note is “miscellaneous (Drawings – 6.)” The plane model was noted as B-25. There you have it – 5 handwritten penciled lines that described my dad’s “job” with not even a mention of the 40-hour deadline for completing the assignment. I remember my dad being very proud of the fact that he completed it in 36 hours and that the hoist worked successfully the first time it was hooked up to the B-25. Since the job was done and the “top brass” were happy, Dad returned to the barracks to go to bed. Overnight, the hoist disappeared from the hangar in addition to the B-25 that had been rolled in for the trial lift. Dad never saw that hoist again until 60-some years later while watching the movie “Thirty Seconds Over Tokyo.” 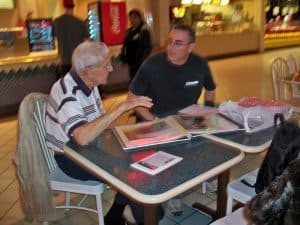 Meeting with the Doolittle Raider historian

I need to make a correction to my earlier story about this event as I had said that Dad was given this assignment in early April. Now that we have his log, we know that it was actually early March. Regardless, once the hoist left the hangar, Dad had no idea where it went or why he was asked to fabricate the unique piece of equipment. Of course, after April 18, 1942, he realized what the purpose of that hoist was and that it had become a part of history in a kind of “backstage” way.

Included here are some pictures of Dad’s log as well as a few photos from his meeting with the Doolittle Raider historian after our return from the Honor Flight. We met at the food court of a nearby mall, and I listened and watched with quiet excitement as these two passionate men conversed about that important event in our history. 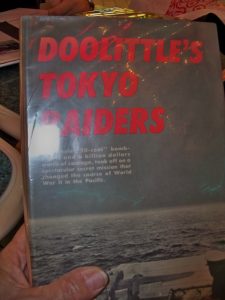 The historian, whose name was John (I apologize for not remembering his full name), told Dad about the Doolittle Reunions that he had attended and the conversations he had with some of those brave men who took the challenge of flying off the carrier deck. One of John’s favorite possessions was the book titled Doolittle’s Tokyo Raiders, and he proudly opened it up to the dedication page where there were actual signatures of a few of the surviving Raiders. The first signature under the dedication is that of Richard “Dick” Cole, co-pilot with Jimmy Doolittle on the lead #1 plane and the last survivor of the group. John handed the book to Dad and asked him to sign it as well. After all, Dad was instrumental in this raid in his own way. Without that hoist, this raid probably would not have happened. 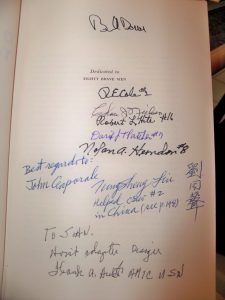 Dad refused at first, saying that he just did his job and didn’t think he should be considered as important as those Raiders. Then John mentioned to him that at a couple of the Raider Reunions, some of the men spoke of being curious about how those B-25’s got from the ground to the ship’s deck and wondered who had made it possible for that to happen. After learning that, Dad agreed to sign the book, and John promised him that at the next reunion he would tell Dad’s story.

Dad passed about a year later and, although John had invited him to a Doolittle Raider Reunion, never was able to attend. I do hope that John shared Dad’s story with the last survivors, and I imagine they all raised a glass of some favorite spirits in a toast to Frank A. Hulet AM1C USN and the “Hulet Hoist”! 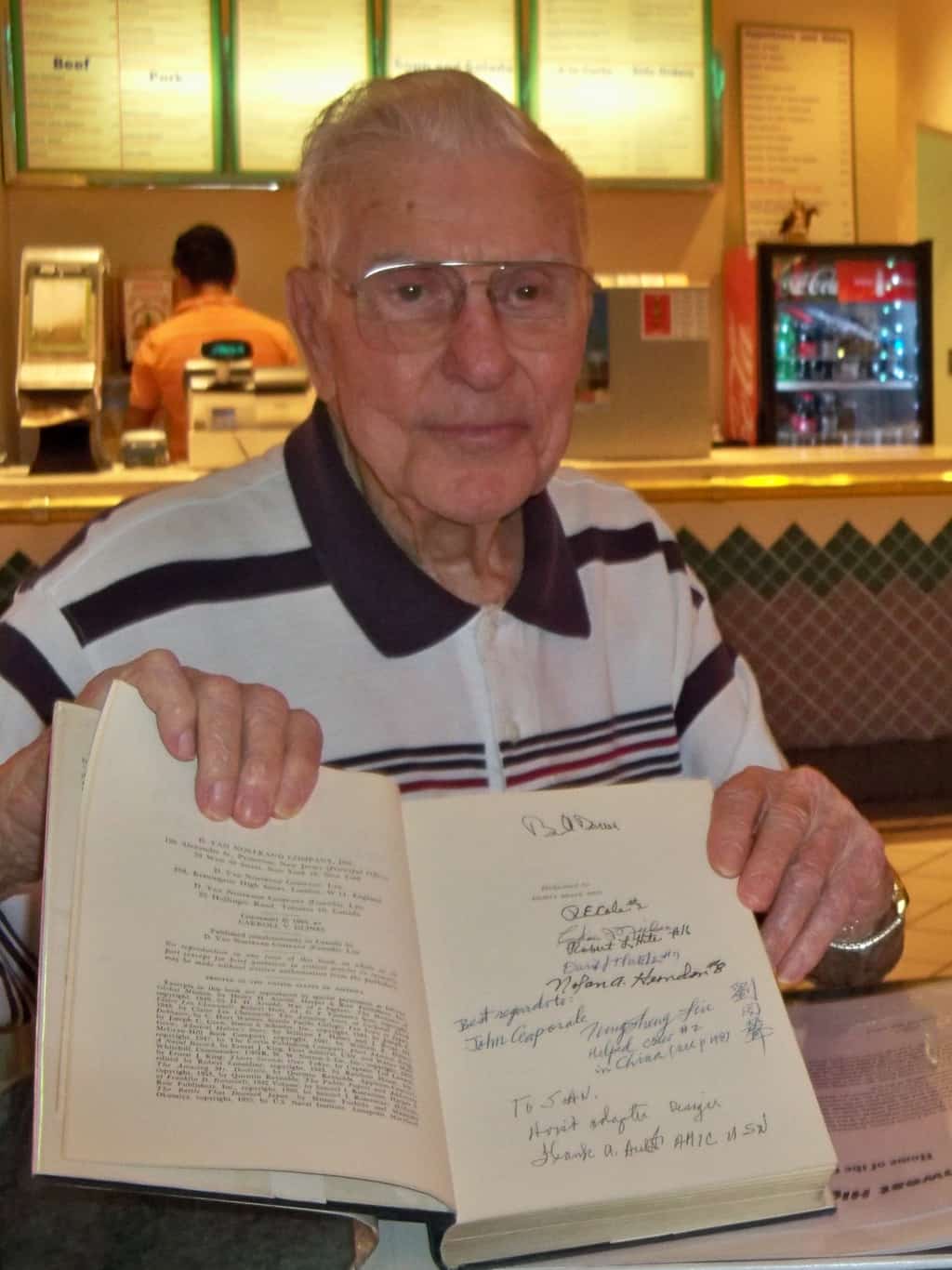