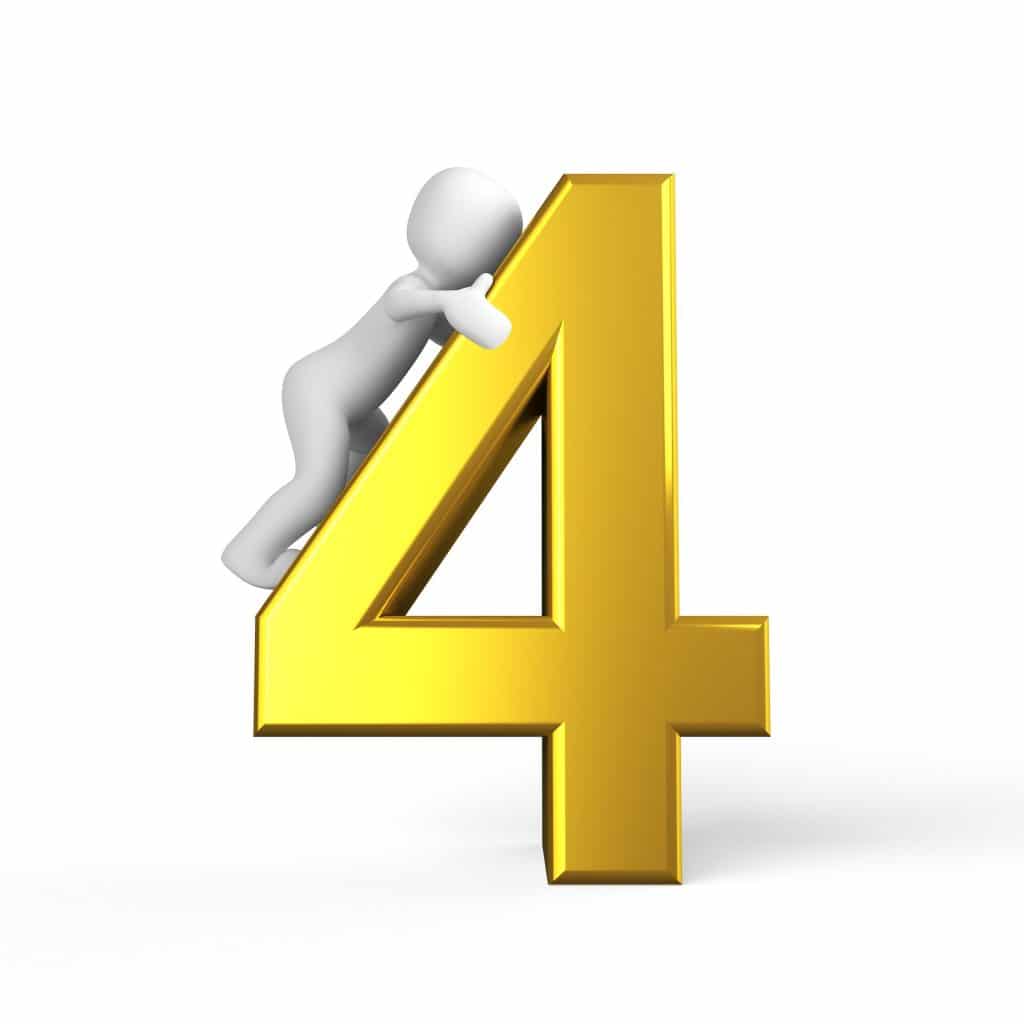 So, let’s talk about the number 4…

Originally, I wanted to write about the words four and forty. I have never been able to understand why the number 4 has a ‘u’ in it and that the number ‘40’ does not. What’s the deal! In my opinion, the English language is complicated enough without confusing us with stuff like this!

With high hopes of getting an answer regarding 4 and 40, I got on my internet (ironically at 4 in the morning) and ‘googled’ the number 4. About an hour and a half later, I found myself amazed with all of the information about the number 4. It certainly holds an important place in our universe, and I was surprised with the amount of information available.

Even though the number 4 is actually made up of 3 lines, it hasn’t always look like it does today. If you are curious about its design, google it yourself………there is a lot of information.

The Greek prefix – ‘tetra’ is the smallest squared prime! Yes – this is a ‘mathy’ statement, but you will see that, even though we could easily stay in the world of numbers when thinking about 4, there are many, many references to 4 in all areas of life.

4 Freedoms (as per Roosevelt) – of speech, of religion, from want, from fear

4 Chambers of a mammal’s heart

4 Limbs on a human body

4/4 – in music, most common time signature

Are you getting it yet? I think this is enough for right now (and thank you, Google) for all of this ‘food for thought.’  I’m sure we could continue on……into a ‘quagmire’ perhaps?

So, back to the initial question: Four and its related words have a ‘U’ in the spelling,

Forty and its related words have no ‘U’. However, the old form of 40 was spelled ‘fourty’ but is considered a mistake if used today. The modern spelling is ‘forty’. But then, there is 44 – ‘forty-four’. Egad!